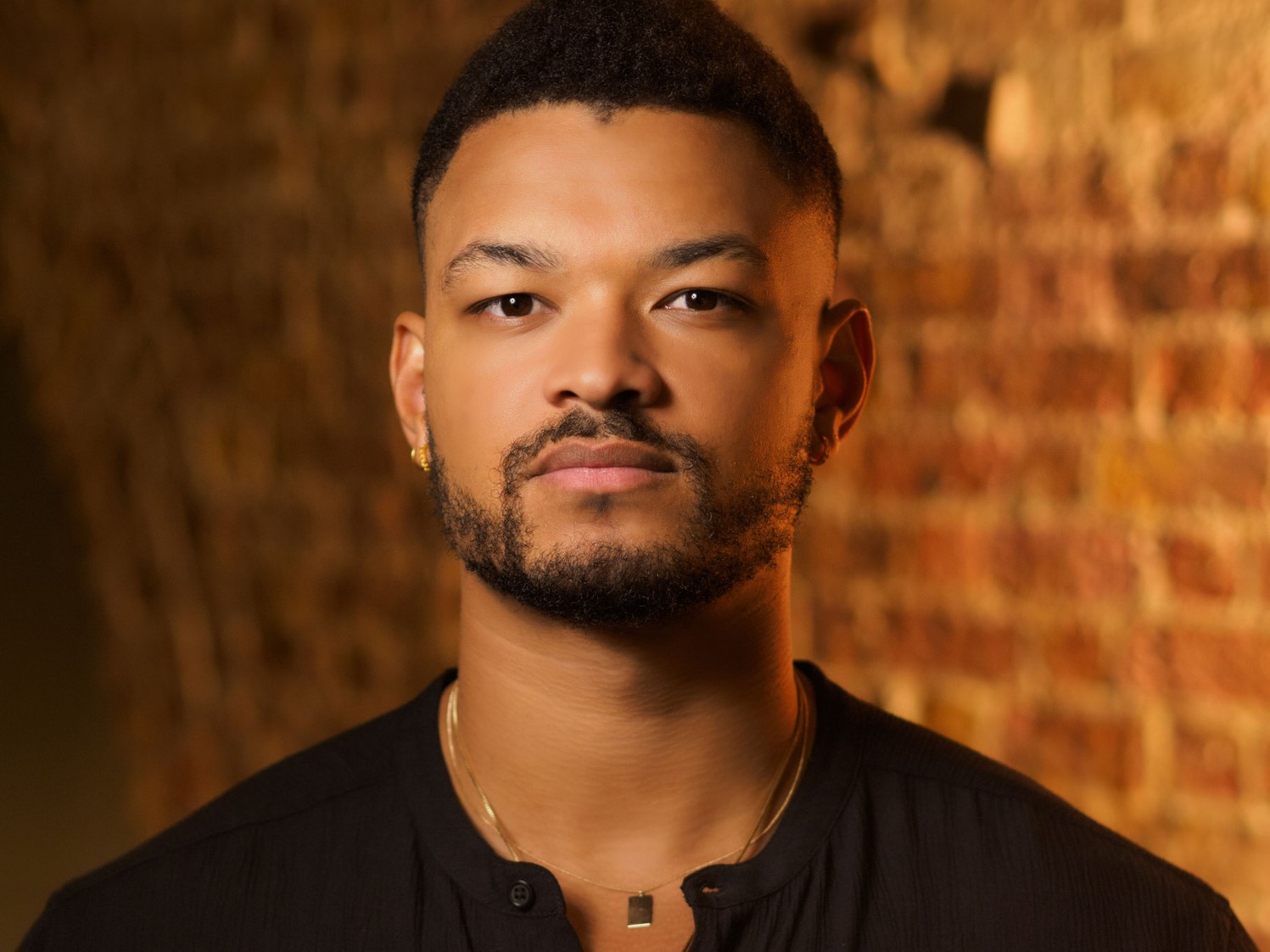 Steven Bartlett: 'Focus on what you do best and outsource the rest.'

Steven Bartlett, entrepreneur and the latest Dragon to enter Dragons' Den, gives us some insights into how he runs his businesses

Steven Bartlett has shot to popularity since he first appeared on Dragons’ Den in January 2022. Now he’s a household name and a trusted source of guidance on all things business.

At the launch of Vodafone Pulse Connect, Bartlett spoke on a panel hosted by Enterprise Nation founder, Emma Jones, about the current economic climate and how he runs his businesses.

Here are just some of the tips he had to share.

See also: Planning for your first year in business

Bartlett holds the first principles approach – where a basic assumption can be deduced no further  – in high regard.

“When there’s change in any landscape in your business, for me, it comes down to mindset and having the right tools in place to either lean into the change or lean out of the change because you’re intimidated. It’s having the honest conversations as soon as you possibly can, making those changes to your business as soon as you possibly can,” he said.

“It’s this weird paradox of being a pessimist and planning for the worst, while also having to be an optimist, which is how we’re going to get through this.”

In fact, first principles creates better solutions to any challenge you face in your life, instead of just accepting the conventional answer.

“The reason why The Diary of a CEO has been successful is because we’ve taken this kind of radical first principles approach to producing a podcast in 2021, which is really when we started it. When Israel Adesanya came in, we researched what music makes him cry. So, he walks in the door and Double Up by Nipsey Hussle is playing. We have this obsessive focus on first principle thinking to create new solutions. If we are going to win in any of our companies, it’s going to be because of innovation, which is being presented with a challenge.”

He encourages other to take on the same methodology. “In 99 per cent of the decisions we make in our businesses, we accept convention. Then we get these saturated, substandard results. We have to deal with that.

“In all of my companies, I’ve had this obsessive focus on what the smallest thing that I can focus on is. How do I create a new solution to solving that problem? If you and your team have that as a philosophy, you’re tilting the trajectory of your growth.

“The example I gave this morning to somebody was, ‘If you don’t brush your teeth today, fine. Nothing happens. Don’t brush your teeth every day this week. Fine. Try that for five years. The invisible compounding force will mean that you’re in a dental chair having your teeth ripped out. It happened when you didn’t think about it, those small tiny things.’”

Bartlett also praises a 1 per cent philosophy to help him and his team maximise efficiency.

“We’re always trying to think about anything we can do to save £1, one minute, one more view to an extremely obsessive level,” he said. “Sounds unpleasant but I promise you, if it’s 1 per cent, I want it. That is my religion. My team is sick of me saying it. It makes life so controllable – there are very few things we can control. Going back to a broader point, and especially in our businesses, especially when there’s macro chaos, the default to focusing on what you can control is really great for your mental health.”

In the spirit of things that an entrepreneur can control, Steven advocates for experimentation to make incremental but significant gains in your business.

“For me, I think if you can increase the rate of experimentation in your business, fail way faster than your competition, because you’ll have a team where you’re incentivising failure.

“My team on Monday sends me a list of all the experiments we did as a team in the last seven days. I don’t care whether those experiments went well necessarily, that’s not the bit that we celebrate. It’s kind of your culture where we’re constantly failing and trying things and completing feedback and getting the data.”

Knowing your numbers helps with experimentation. “I think today alone, I sent 20 screenshots. As I said about the first principles approach as well, you can end up stuck in one false assumption, because it’s a maybe or a guess [if you don’t know your numbers]. On top of that, another one, and another one and another one. So although I’m not naturally a numbers person, for me, and then it goes back to the thing of experimentation, there is no point doing an experiment in your business if you can’t measure it. If you don’t know exactly what you’re measuring, doing an experiment, and they’re not measuring it. If you don’t have data, it’s a waste of time. You don’t get a yes or no either way.”

Bartlett uses a change in the call to action on his more recent YouTube videos of The Diary of a CEO. At the beginning of the episodes he says:

74 per cent of you that watch this video regularly but don’t subscribe. Can you do me a big favour? If you’re part of that 74 per cent could you, if you’ve ever enjoyed the show, please can you hit the subscribe button? It helps the channel more than you know – the bigger the channel is, the bigger the guests.

“It was a small experiment, because we saw in the backend that 74 per cent of people that were watching have never subscribed,” he said. “The subscription rate went up 300 per cent. If I’d done that six months ago, we would have had three million subscribers on YouTube in 2018. One small experiment with clear measurements and a clear way of understanding experiment work is going to mean at the current rate, the podcast will have of 30 million subscribers in five years from today, according to social media.

“One small experiment, looking at what we’re measuring, getting the feedback and we literally just saved years of our life. When I go back, I don’t have to guess my business. If I just go to that little bit of extra effort to look at what the numbers are telling me, I can make really informed decisions and we can save time and money.”

Bartlett said that the answer to the biggest questions are always actually quite simple.

“Some days, I was going to bed eight hours, and waking up feeling like sh*t. Then some days, I was going to bed for eight hours and woke up feeling amazing.” A sleep tracker helped him learn more about his shut-eye time. “I found out that 95 per cent of your muscle restoration happens in stage three of your sleep. Pretty much all of your mental restoration happens in stage four. So, what was happening was most nights because I had caffeine after 2pm, because I’d been on my phone and I’d had blue light before I fell asleep. All of these things decay the quality of your sleep, so I was actually getting 30 minutes of REM sleep. Take away those things and I was getting, like, three hours. That’s six times’ better quality sleep by not having caffeine after 2pm, thinking about diet before sleep and other small things.

“My performance when I was getting 30 minutes of REM sleep meant that my mood wasn’t that great, creativity wasn’t that great and I couldn’t work out in the gym properly because I was always so knackered. Everything’s falling by the wayside. Your hair, your skin, everything goes – sleep is the foundation,” he said.

Let where you are guide your focus

“The truth is that there’s a different answer based on what stage of the business you’re at,” Bartlett said in relation to knowing where to put your focus on as an entrepreneur. “For me, I have the luxury now of just leaning into the things that I’m good at every day, which means I don’t do finance, I don’t do my website, I don’t run my own schedule. I don’t have to because of the scale of my operation. I’ve gotten to a point where I can just do the bit that only I can do. And then everything else is delegated.

He does feel for the entrepreneurs with newer businesses, though. “When I started, I remember the feeling. I remember looking down and thinking, ‘I have to name this thing. I have to build the website and find that investor, I have to find out how we’re going to look at the product, have to do the marketing and they all seem to be mad.’ All of these things do need to happen as soon as you can.

“Psychologically, you have to understand one thing: everyone is in that position. Second thing is you can only do your best and really embody that.”

He admitted that he has his sub-par days too. “I am a mess. I’m disorganised, scrappy. Some days I do good. Some days I don’t. Some days I sleep a little bit longer and miss something. I’m a mess that I have been for my entire career. It’s been okay. One of the reasons it’s been okay is because my expectation of myself is that I’m a mess. I don’t get demotivated or beat myself up or think, ‘Oh, I’m a failure. I’m not good enough’ when it turns out that I was below sub-par today.

“Having that expectation of myself allows me to be happy every day and allows me to confront what seems to be quite an intimidating Mount Everest, as just I’ll try my best today. I’ll move this pebble and then we’ll go to sleep. We’ll come back again and try our best tomorrow. In the moment it feels it can make no progress. Honestly, I remember the feeling. I still feel like I’m making no progress. You’ve got to zoom out – it’s almost an impossible thing.”

He also doesn’t hold himself to stringent routines. “When I read about these billionaires and their success routine, I’m like, green juice at 6am, yoga, spin around your head, right? You know, nonsense. I understand the nonsense and why. Reality is a total mess. You’re probably a mess in many ways. I am and it’s fine. The thing is perseverance. Most of it is perseverance.

“All the answers come from failure and failure is feedback. Most of the answers just come from stumbling over like a mess and being so driven that you’re willing to just keep stumbling forward.”

One final bonus tip from Bartlett? “Focus on what you do best and outsource the rest.”

Who was the thriftiest dragon in this series of Dragons’ Den? 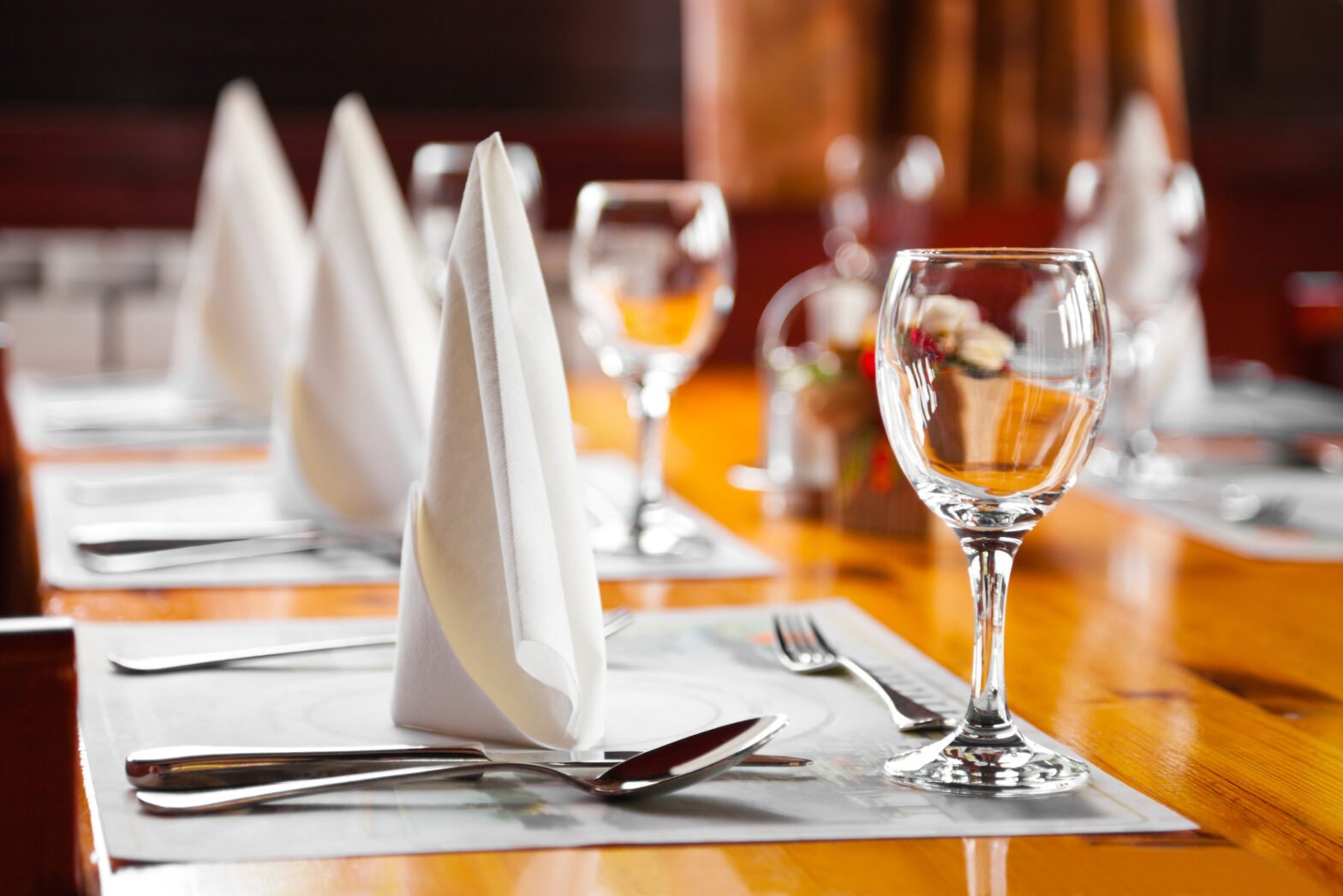 Here, recognised chef Richard Irvine gives some pointers on how to improve your restaurant business. 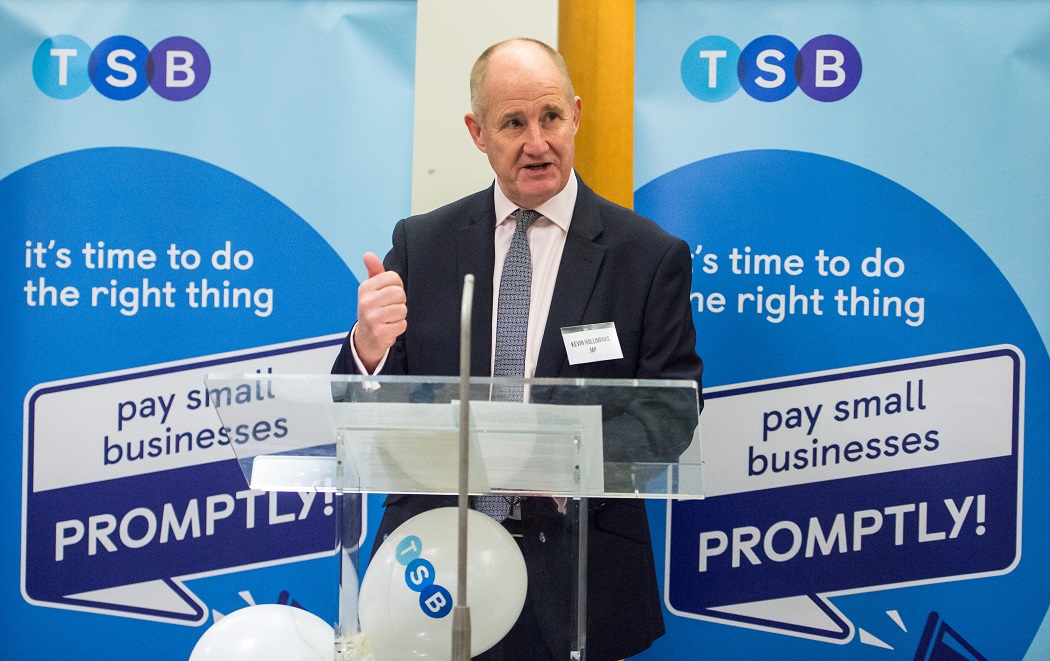 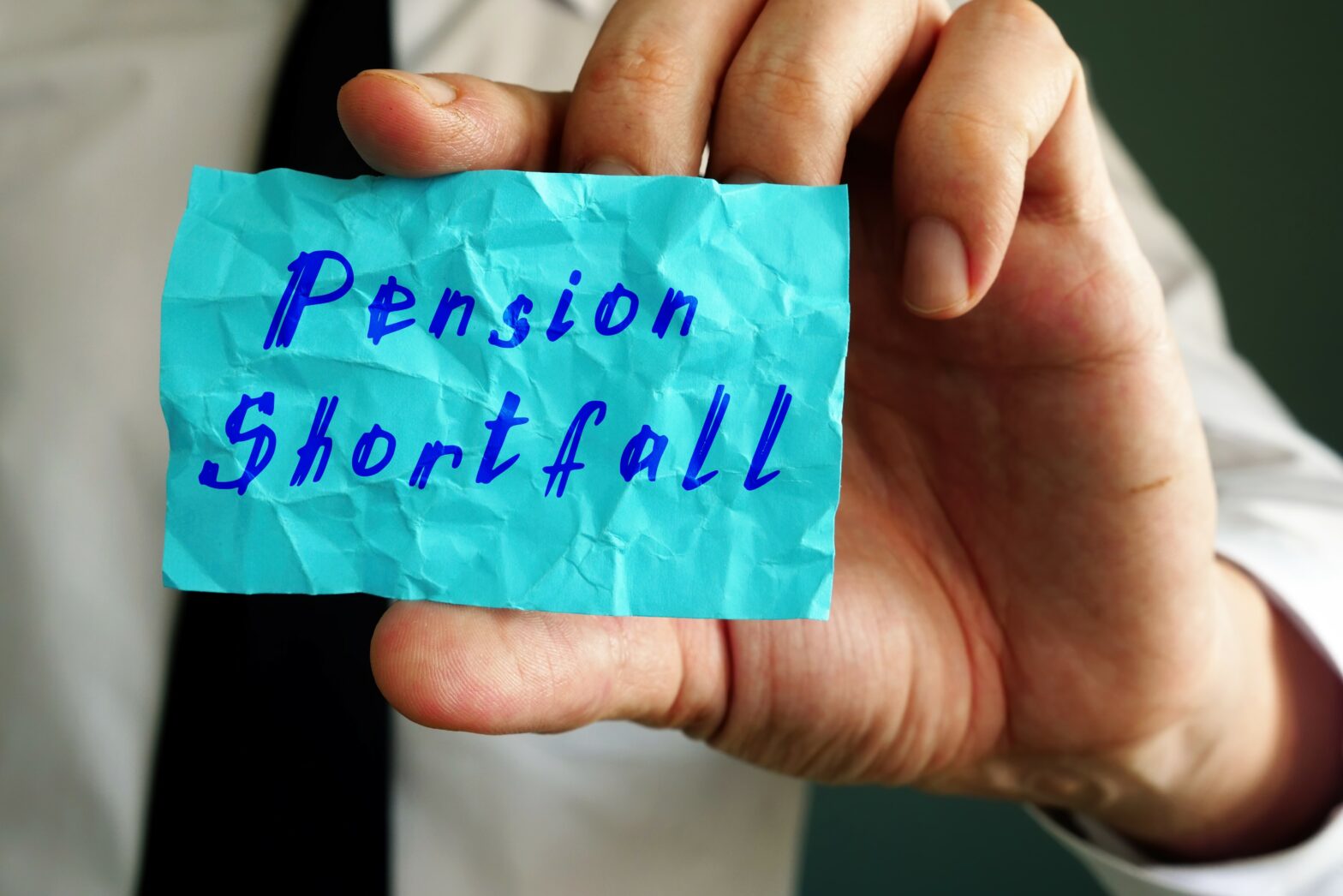 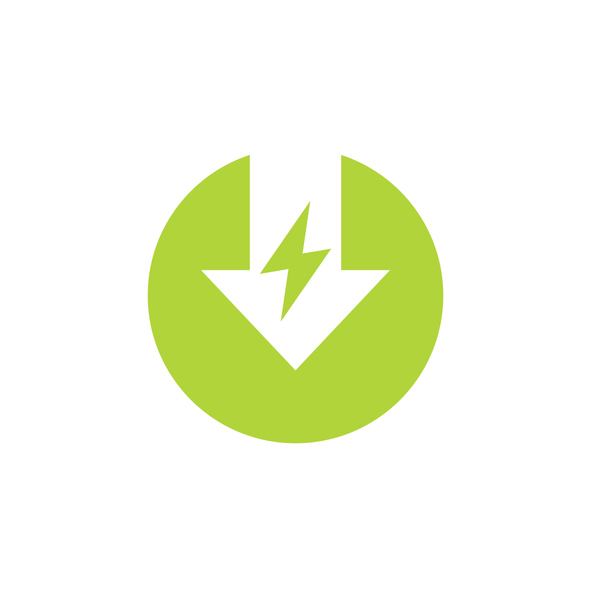 National Grid Demand Flexibility Service – what is it and how much would my business be paid?

Here, recognised chef Richard Irvine gives some pointers on how to improve your restaurant business.

In this article, we explain what an employee ownership trust is along with the pros and cons of moving to this model